Just like a raffle or giveaway; Loot winners are decided by chance. The big difference is that Lootlink winners are chosen instantu. Every time you roll on a Loot there’s a chance to win right away. Isn’t that neat? We thought so.

On Lootlink anyone can create a Loot with one or many prizes and share it. Loot can be any number of things. It can be a Digital prize such as a Steam CD key or an eGiftCard or it can be a Physical prize like a fresh pair of sneakers or a watch. It can even be a service prize like custom art or a consulting session.

Posting Loot is the BEST way to earn rewards on Lootlink! Users who post Loot are responsible for honoring the prizes they award. If invalid or broken it's up to the poster to make it right or risk reported and banned if a reooccuring problem.

What are Crates? How do they work?

Roll Coins. Every roll on a Loot costs

Every day you can earn a Crate by logging in and claiming the daily crate found on the site's front page. Each Crate contains up to

Crates can also be purchased for

How do rolls work? What are Roll Coins?

Rolls are roll attempts. Just like rolling dice. A roll attempt is you trying to win a prize from a Loot of your choice. Every time you try to win (aka: roll on a Loot) you spend a Roll Coin (

If a Loot is found to be illegitimate or contains fake prizes our moderators can cancel a Loot and and issue Roll Coin refunds. This only happens with enough reports or negative prize reviews.

What are Red Coins?

Red Coins are the basic Lootlink currency that allows you to buy items. They are primarily earned by successfully giving away prizes by creating your own Loots. When you create Loot other users will spend their

Roll Coins trying to win. When all your prizes are awarded your Loot ends. If all of your Prizes are Verified you'll earn

x 1 Red Coin per attempt made on your Loot. But if your prize(s) are Reported you'll appropriately not receive Red Coins.

For Example: If your Loot with 4 prizes ends after 1,000 attempts with only 3 Verified prizes you'll receive

Red Coins can be used to buy several things:

x 500
Roll Fatigue (Increased Roll Cost) sets in after 25 rolls on a Loot, this resets the extra cost.

x 5,000
This resets all Loots where you've hit Roll Fatigue.

How do I earn Red Coins?

Tips for getting the most Red Coins from your Loot:

Bonus Cache Pay attention to the Bonus Caches around the site...

How do I register a Key to activate a product on Steam?

Many keys given on Lootlink.me require a Free Steam account. If you don't have an account you can easily create one:

Please follow these instructions to activate a new product on Steam: 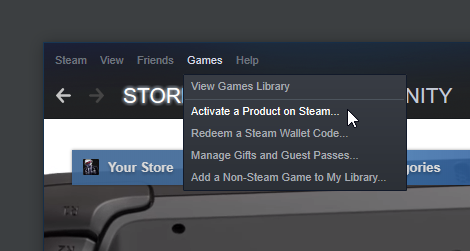 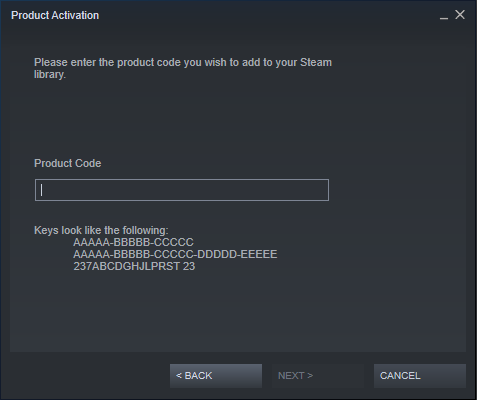 What are Tickets? What's a SUPERLOOT?

Tickets are used to enter SUPERLOOTS. These special giveaways are for our most dedicated users. Only users who have tickets can play. Tickets can be gotten a few ways:

SUPERLOOTS are awarded after several rounds. Each round users enter tickets for a chance to win a

Round Token. Each token is a chance to win the SUPERLOOT!

Each round 1 token is awarded. Players can win multiple tokens. Final Round is a draw between token holders ONLY.

What is the Red Coin Shuffle?

The Red Coin Shuffle game allows any user to add their Red Coins to the shuffle pot. This pot builds and builds and every 24 hours a single random winner is picked to win the whole pot! The more Red Coins you enter the better your chances of winning!!

If the pot exceeds

x 10,000 the Shuffle will go into a 1 hour overflow. During this hour users can still enter Red Coins and at the end of the runoff a random winner is picked. After each Shuffle finishes another will start shortly afterwards!

If you've won twice in the past 10 shuffle you have to wait a bit before you can play more.

What is a Bad Beat Bonus?

A Bad Beat Bonus is awarded if your posted loot is won with unexpectedly few rolls. For example, let's say someone gets lucky and wins your 0.1% drop chance loot after only 10 rolls. Without the Bad Beat Bonus you'd only get

x 990 Bonus Red Coins in addition to the base

Trophies are awarded to users for being generally awesome.

What is Roll Fatigue?

At first each roll on a Loot costs

x 1. After rolling 25 times on one Loot in a single day your next rolls cost

x 4. The cost doubles every 25. Roll Fatigue is to prevent users with large reserves of Roll Coins from rolling a whole bunch of times on a desirable loot. Roll Fatigue resets daily.

You can also Purchase Fatigue Refresh. For

What is Sudden Death?

Sudden Death Mode can be activated if a Loot runs out of time and still has prizes. When a poster extends a Loot's time he or she can also enable Sudden Death Mode. When this mode is active each roll attempt will slightly increase the drop chance of winning the prize(s).

During Sudden Death Mode each prize or prize group's drop chance is multiplied by 101% with each new roll.

How do the prize reviews work? Why do i care?

Reviews are how we prevent bogus prizes from ending up on the site. Winners are able to or the prize. A indicates that the prize won is valid and as advertised. A is a way of indicating the prize was not received, broken, or not as advertised.

This system allows us to give users a reputation rating and appropriately reward them Red Coins at Loot completion. A user with a high star rating indicates the prizes he or she gives out are most often legitimate and working. A user with a low star rating indicates that sometimes there are issues with his or her prizes. Users should consider carefully whether or not to roll on a Loot if the poster has a low rating.

Additional Notes: An unrated prize will not affect the poster’s rating. Users who do not give out prizes will not receive a reputation rating.

How does the Twitch integration work? What's BossRush? What are the twitch commands?

When you create a Loot you can require Twitch Follow for the ability to Roll. You can also enable “Show Twitch stream details when live?” option. When either option is enabled Lootlink is notified when you begin to stream on Twitch. Your active Loots on Lootlink will show "Now Live!" and preview your stream. The Loot pages for your active Loots will show your Twitch stream and chat.

When you’re Streaming and you have active Loot on the site you also have access to the LootlinkBot Twtich chat bot. The bot allows you to give Red Coins to your viewers and has many other features.

Check out our Stream Features and BossRush!

Can I link my accounts? Why am I only allowed a single account?

Lootlink relies on every user only having one account to work correctly. We however allow you to login using several providers. Currently we support connecting with Facebook, Twitter, Twitch, and Google.

Users who attempt to create multiple Lootlink accounts will be banned.

You can link and unlink your accounts in My Settings

If you want to completely remove your account from Lootlink please send an email to support@lootlink.me with the subject "BLAST MY CACHE!" and we'll process your request.

We do this in batches and may take up to a week to complete. Please note that this is PERMENANT deletion and we CANNOT recover your account once this is done.

What Prizes are not allowed?

General Guideline in addition to the above: If a prize is illegal to ship it should not be on this site. 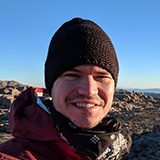 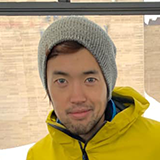 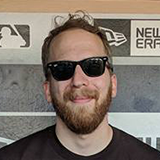 We are Tristan Goget, Charles Qian, and John Dorman; the founders and creators of Lootlink. We're childhood friends who have long worked on web projects together and figured we'd try to actually finish a project for a change. Maybe. Please create an account if you want to file a support ticket.

Want to email us directly? Email support@lootlink.me. You can also reach us on Twitter @LootLinkMe